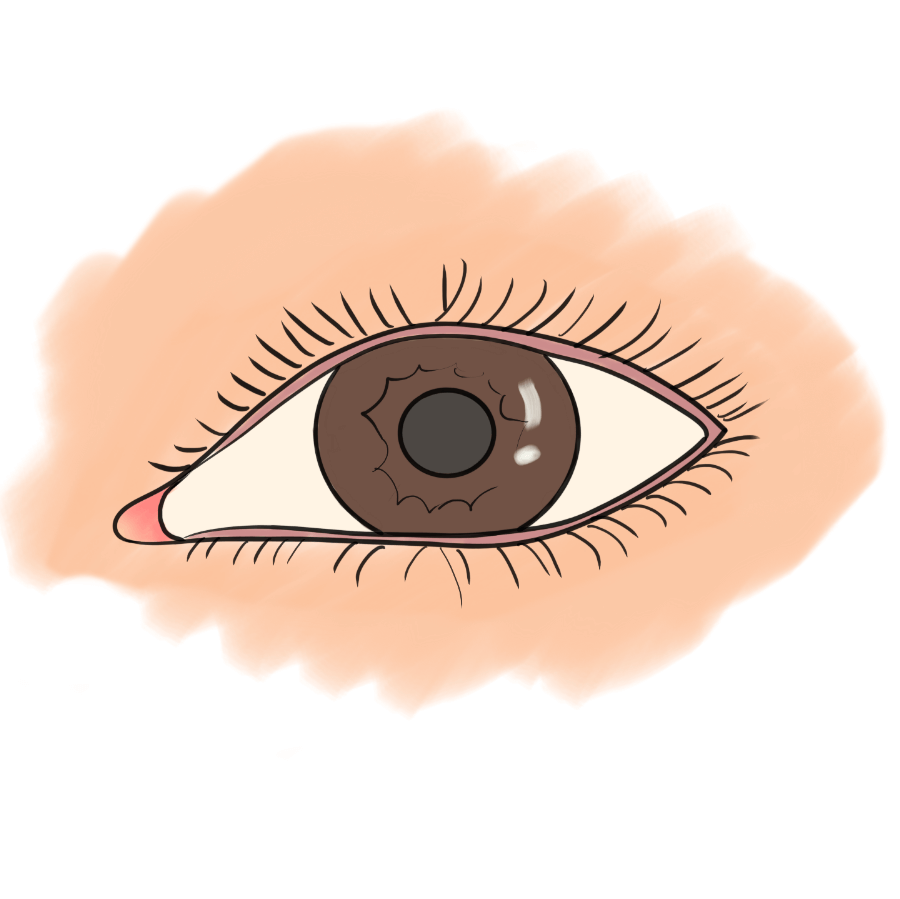 An organ that projects objects around it and transmits them to the brain, called eyeball . It is said to be one of the most revealing of the psychological state, and since ancient times, it has been widely used as a poetic metaphor for images such as the window of the mind.

The structure of the eye is more complex than you might think, unlike the outward appearance.

Knowing a little bit about the anatomy of the eye will be of great help in understanding ophthalmic diseases .

Now, let’s learn about the simplest and easiest structure of the eye .

external structure of the eye 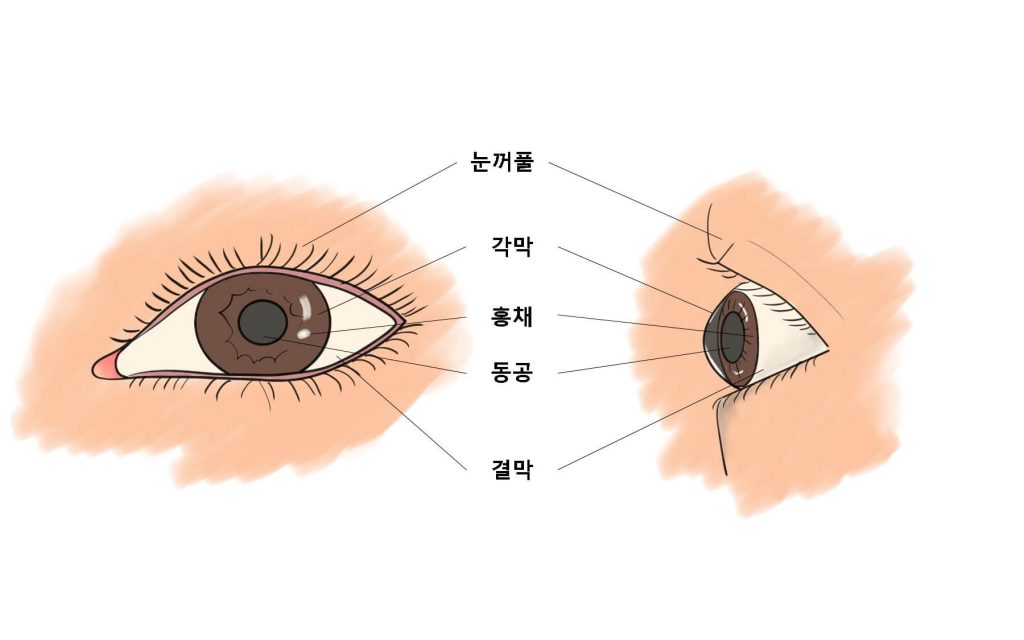 The external structure of the eye can be divided from the outside to the inside, from the bottom to the outside.

Eyelids : The skin tissue that protects our eyes.

Cornea : It is a transparent tissue that exists in the area commonly called the black eye. (Refer to the picture on the right above)

Conjunctiva : A tissue made of an opaque membrane located in a place called the white.

Iris : The reason the black spots appear black is because of the iris tissue located behind the cornea.

Pupil : Not a tissue, but a passageway (hole) through which light enters the eye.

This is what most patients are aware of.

Now let’s get into the snow structure .

internal structure of the eye 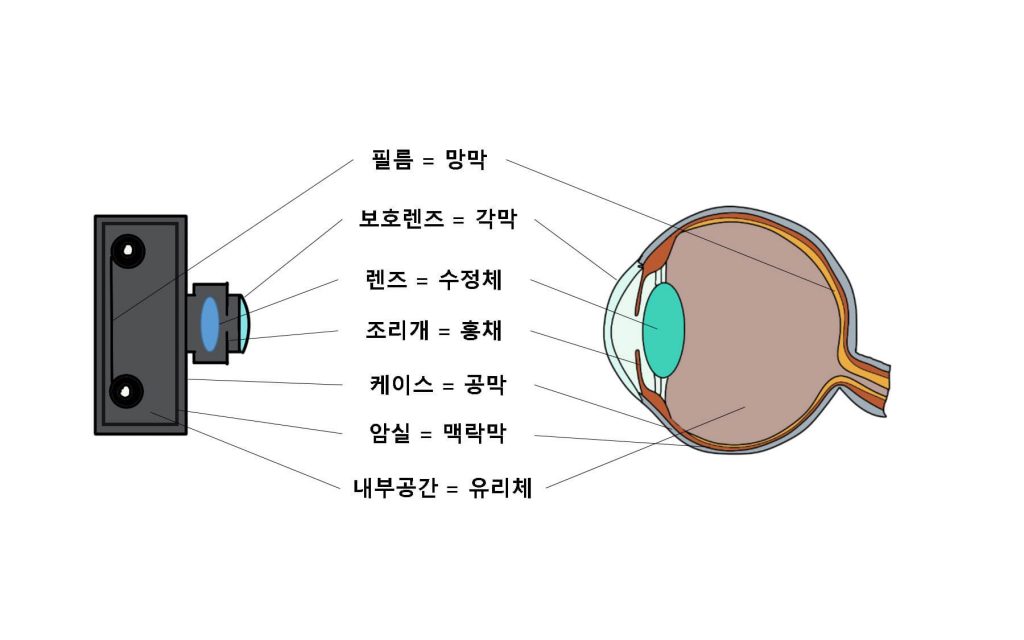 As always, the inside of the eye is good compared to the camera. because they are very similar

It is recommended that you enlarge the picture because it is too small.

It can be compared to a protective lens that protects the camera lens from the outermost part of the camera. It is the first part of our eyes where light hits and it is also the part that causes the most light refraction.

Corresponds to the camera’s lens . Just as it is a key part of a camera, it is an important part of our eyes to focus. As I’ll explain later, a common cataract is a disease that causes problems here .

If you look at the picture on the right, you can see the tissue in front of the lens, like a flap with a hollow in the middle. It expands and contracts like the aperture of a camera and controls the amount of incoming light . They say the size of the pupil changes .

The word sclera may be unfamiliar. It corresponds to the actual tissue called the white and is the tissue that covers the outside of the eye in dark gray in the picture on the right. It can be seen as a tough tissue, like the skeleton of the eye, like a camera case.

It’s also odd. It is a dark brown tissue just below the sclera and is dark in color in the eye. It’s like a darkroom inside the camera.

The inside of the eye is not an empty space. It is filled with a tissue called the vitreous that is like a transparent jelly.

This corresponds to film, which is one of the core of the camera. Look at the yellow lining under the choroid.

So far, we have briefly looked at the structure of the eye .

How are you?
It may be more difficult to understand three-dimensionally than you think. However, knowing just that much will be of great help in understanding eye diseases that you will be aware of in the future.

Let’s look at the cross-sectional view of the lower eye again and learn.

In the order in which light passes through the cornea-> lens-> retina
If you only know this, you will be successful.

Any questions are welcome in the comments.